Zagreb – the capital of Croatia – is not a city that is very highly regarded by tourists and travel websites. One would be hard-pressed to find a list of ‘top European cities’ that features Zagreb. In fact, Zagreb rarely finds a place even among the best five places in Croatia. We will not get into a debate about whether Zagreb deserves to be included in these lists but one thing we will insist upon is that for anyone visiting Croatia, Zagreb is a must see.

Zagreb has some stunning churches including a very impressive cathedral, bustling squares, unique markets, a lot of museums and galleries, many open green spaces and a delicious cuisine. Since we were in Zagreb on a weekend, we got to experience the fun and relaxed side of the city with locals enjoying the various festivals taking places in the squares and parks of Zagreb.

INTRODUCTION TO THE CITY

Gornji Grad forms the historic core of Zagreb. This is the area from where the city of Zagreb emerged a thousand years ago. Most of the tourist hotspots like Zagreb Cathedral, St. Mark’s Church, The Croatian Parliament, Lotrščak Tower, Dolac Market, Museum of Broken Relationships and Stone Gate are situated in Gornji Grad.

Novi Zagreb is the modern part of Zagreb and is a region where tourists seldom venture.

Our flight from Delhi, via Dubai, reached Franjo Tuđman Airport at 12 noon, slightly ahead of schedule. Whatever time we had gained was offset by the extremely slow immigration check process. Some posts we had read suggested that we might be able to buy a sim card at the airport but the Tisak store located in the arrival hall had no sim cards. We exchanged a small amount of our money then connected to the airport wifi and booked an Uber.

Our cab arrived within two minutes at the taxi pickup point outside the airport and dropped us at our apartment in 30 minutes. The ride cost us 110 kuna which I believe is the flat rate from the airport to city centre. There is also a direct bus from the airport to Zagreb bus terminal but as we were four people, Uber proved to be cheaper and more convenient for us.

Our apartment, Apartmani Ribnjak, was located in a quiet neighbourhood just 500 meters away from the main square of Zagreb. The apartment was clean, comfortable, well furnished and we thoroughly enjoyed our two night stay there. After relaxing for a bit and washing off the tiredness of our long flight we set out to explore Zagreb by 5:30 pm. As soon as we hit the streets, our attention was drawn by the twin spires of Zagreb Cathedral. Those spires tower over the entire city centre and are visible from almost everywhere but since the cathedral was not a part of our day 1 itinerary we tore our gaze away from those spires and walked towards European Square.

If you are visiting Zagreb, then you will have to actually go out of your way to miss this square. Named after the 19th century Croatian Hero, Ban (governor or viceroy) Josip Jelačić, this square is the hub of all activity and the main tram stop of the city. In the centre of the square is a statue of Ban Jelačić. On one side of the statue is a small fountain named Mandusevac which was constructed on the site of an old natural water source while on the other side of the statue is a tall white clock. The most noticeable building in the square is the 16 floors high Zagreb 360 building. It allows people to have a panoramic view of the city centre for a price of 60 kn.

When we reached the square, we saw a stage erected in the square on which dance performances were taking place. We found out that these performances were a part of Festival Indonesia. With all the music and dance and the general buzz of people thronging the square on a Saturday evening, the atmosphere was amazing. Some locals had also set up stalls selling small jewellery items, olive oil and other local products. We enjoyed the performances and the vibe of the square for a while after which it was time to explore The Horseshoe of Donji Grad.

Lenuci Horseshoe, also known as Green Horseshoe, is a U-shaped series of seven squares in Donji Grad. This area, probably the most picturesque of Zagreb, is dotted with lush green parks, fountains, flowers, museums, statues and grand buildings.

We began our walk from Zrinjevac Square which was essentially a small park lined with trees. Directly across the park was the distinctive yellow building of Archaeological Museum while at the southern end of the park was the Croatian Academy of Sciences and Arts – the oldest national academy in Southeast Europe.

The next square and its park are named after the famous 19th century Croatian bishop and politician -Josip Juraj Strossmayer. This square had a statue of Bishop Strossmayer and a library. Overlooking the square was the beautiful building of the Palace Hotel. There were food and burger festivals taking place at both Zrinjevac Square and Strossmayer Square due to which both these squares were teeming with locals. The items on display and the accompanying aromas were certainly enough to make anyone’s mouth water but as it was going to get dark soon, we did not stay to taste anything.

The last square of the first leg of the horseshoe, also the prettiest, was King Tomislav Square. Named after the first King of Croatia, this square was larger and much more peaceful than the previous two squares. An imposing Art Pavilion building at the northern end of the square provides an ideal backdrop to the green gardens covered with colourful flowers with a fountain in their midst. At the southern end of the square was an impressive statue of King Tomisalv. We spent some time sitting in the gardens watching people enjoy their Saturday evening.

The southern leg of the horseshoe is flanked by the majestic structure of Zagreb Train Station, the famous Esplanade Hotel and the Zagreb Botanical Garden.

By the time we reached the final leg of the horseshoe, it had become quite dark and the buildings and streets were beginning to light up. The first two squares of this leg were Marko Marulić Square and Ivan Mažuranić Square. While the squares of the first leg were quite lively, these two squares were almost devoid of people.

The next square and the final one of the entire horseshoe was the Republic of Croatia Square. Formerly known as Marshal Tito Square, it was the best of the seven in terms of architecture. The square was surrounded by numerous prominent and beautiful buildings like Academy of Dramatic Art, Croatian School Museum, Academy of Music and Museum of Arts and Crafts but the structure that dominated the entire square was the magnificent Croatian National Theatre. The theatre was brilliantly lit up in the night and looked absolutely majestic.

We liked this square so much that we visited it again the next day. We also visited the nearby Franklin Roosevelt Square where Mimara Museum is located.

To all future travellers to Zagreb, we want to say that while Gornji Grad is definitely the more touristy part of the city, it is Donji Grad that provides visitors with the authentic taste of Zagreb.

From all the museums of Zagreb, the one we chose to visit was the Museum of Illusions on Ilica Street. As its name suggests, the museum was full of different types of tricks, puzzles and illusions with the science behind them also explained. We had a lot of fun at the museum and easily spent up to 60 minutes there. 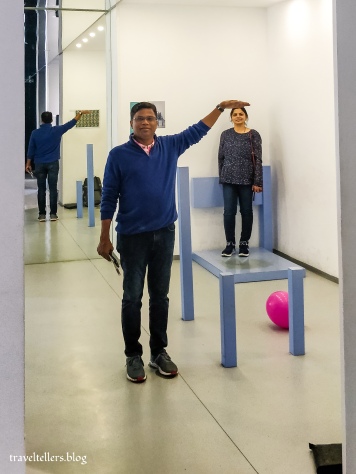 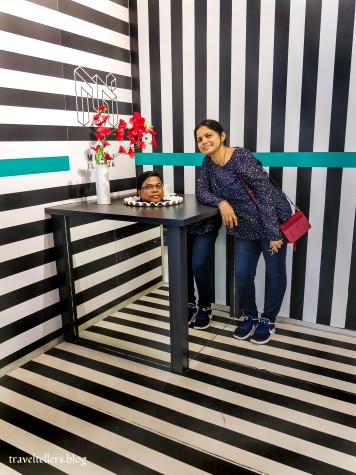 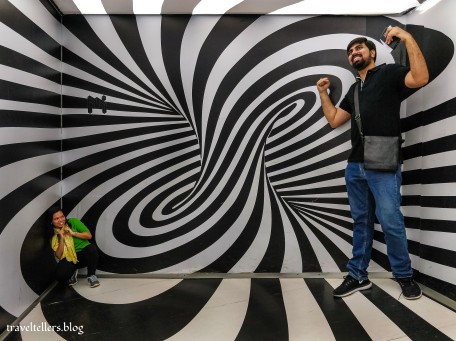 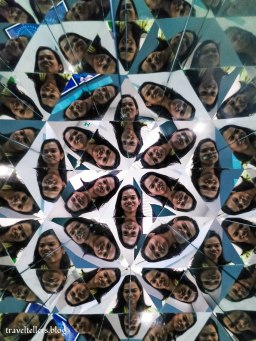 After exiting the museum, we walked back to Ban Jelačić Square and had pizzas at Nokturno Restaurant. Once done with dinner, we had a small glimpse of the Cathedral and reached our apartment by 11 pm.

5 thoughts on “Zagreb: The Horseshoe of Donji Grad”